Smart contracts are not a new invention. However, the topic has only become really hip since the advancement of blockchain technology. And the hipper a topic becomes, the more questions and especially legal questions arise for us in the topic.

But before we really get into the topic, we first need to agree on what we actually mean by smart contracts. The term smart contracts is not exactly defined and you can actually subsume whatever you like under it. However, when we talk about smart contracts, many people understand it to mean programs that represent one or more contracts and execute themselves. This understanding is used here as a benchmark.

Smart contracts can help you to simplify and automate complex issues.  The possible applications are numerous. From electronic door locks that automatically check whether the customer has paid the usage fee, to complex supply chains or the automated processing of insurance relationships, many things are conceivable. In addition, completely new possibilities arise, for example, in the area of digital rights management. NFTs as Non Fungible Tokens are just one example of a new application possibility. In theory, you can use smart contracts in any field.

Through automatic settlement, the contract directly enforces itself. Transaction costs can be reduced, settlement accelerated and security increased. Sounds magical, and it is. But a few legal points still need to be considered.

.The simple version is that the smart contract executes a real-world contract or monitors the rules specified in the contract. For example, your customer leases a vehicle from you. You still conclude the contract in analog form or digitally with a signature. You record the rules in a classic document, be it a PDF or a printed contract. The smart contract now monitors the defined modalities. For example, you can specify that the vehicle only starts when the lease payment has been made. Monitoring is automatic. In this case, the Smart Contract is not a “real” contract in the legal sense. The smart contract merely serves to monitor or implement the real contract.

In fact, however, it is also conceivable that the smart contract itself is the contract.

A normal contract is formed by a so-called offer (§ 145 BGB) and the corresponding acceptance (§ 147 BGB). This is basically no different with smart contracts.

How you make or accept an offer is basically not predetermined. Even conclusive behavior can be sufficient. The myth that a contract must always be concluded in writing is nonsense and would not work at all in reality. Imagine you had to draw up a written contract every time you bought a roll. Not too pleasant an idea, is it? Of course there are exceptions and in some cases certain formal requirements are prescribed. But you can conclude most contracts informally. This means that there is nothing to stop you from concluding the contract in code.

However, as soon as a formal requirement exists, it may not be circumvented. However, smart contracts do not necessarily have to be left out. There are certainly ways to comply with some formal requirements even when using smart contracts. For example, the written form can be replaced by the electronic form, as long as nothing else is prescribed in the law. The electronic form can then simply be mapped via smart contracts. Text form is also usually not a problem. It becomes more difficult when notarization is required (for example, when selling a piece of land). Here, implementation via smart contracts is currently left out. However, this does not always have to remain the case.

Smart contracts can also be concluded completely anonymously. This is possible within the framework of the so-called freedom to conclude contracts. No one can dictate to you with whom you conclude or do not conclude a contract. That’s up to you. Of course, there are exceptions, for example in the case of monopolies. But we neglect the exceptions here, because they don’t play a role for most of us.

Basically, you can sign contracts with whomever you want. However, for whatever reason, it may be that you care with whom you conclude a contract. For example, you may not want to contract with a political party that doesn’t agree with your values, or with the neighbor who always parks in front of your driveway. In these cases, it could become problematic.

In this case, some lawyers doubt that you have a so-called will to be legally bound. The will to be legally bound is the consciousness to bring about (any) legally relevant action. If you do not know with whom you are concluding the contract, you cannot have any consciousness of bringing about a legally relevant act; this is the view of some lawyers. We do not think that the argument is successful. If you engage in anonymous contracting, most of the time you simply won’t care who you are contracting with. This is similar to a vending machine. There, the operator doesn’t know the customers either.

As a result, smart contracts can also be real contracts in the legal sense.

Accountability of Declarations of Intent

When using smart contracts, we must always ask ourselves to whom we actually attribute the declaration of intent made. If there are real people behind the smart contracts that trigger a declaration, this is (usually) not a problem. It is no different today when contracts are concluded online. The question becomes more exciting when the contracts are completely automatic. Imagine that you want to get from A to B. You have to book a train to the airport. You need to book a train to the airport, a flight from point 1 to point 2, and a connecting flight from point 2 to point 3. At point 3, you need a train to the city of your choice and a bus to the hotel. You book all of this via smart contracts. Now a partial connection is cancelled and the Smart Contracts books a new connection, completely automatically.

This raises the question of who is responsible for the explanation. You or maybe the service provider, or the developer of the system? Actually, no problem, as long as everything works well. If errors happen, it must be clarified who is responsible. Of course, the simplest approach would be to say that the explanation is attributed to the person who uses the system. Other approaches are aimed at how autonomously the smart contracts act. The more autonomously the smart contracts act, the more likely it will even be possible to assign responsibility to the programmer. In our view, however, this is more a question of liability, not the attribution of the declaration of intent. However, these questions have not yet been conclusively clarified.

With all the possibilities, we must not ignore one thing. Just because a smart contract implements a legal regulation or regulates certain circumstances does not necessarily mean that it is legally permissible. In principle, nothing else applies here than in real life.

But here, too, there are approaches that see things differently. According to the motto Code is Law, everything should be legal as long as it complies with the written code. The rights and obligations result exclusively from the written code. Freedom of contract par excellence! But what happens if the code explicitly contradicts the applicable law or simply contains bugs that were not intended to be there? This question arose in the The-DAO hack. There, a hacker had diverted EUR 50 million via a “gap” in the programming. In the further course, some lawyers discussed that according to the maxim Code is Law, a correction is not permissible. The opinion did not prevail in the end and The DAO chose the way out via a hard fork.

Even though freedom of contract goes a long way in German law, there are limits. The Code is Law theory can only apply where it does not violate statutory law. Limits can arise, for example, from formal requirements or from the law governing general terms and conditions or, more generally, from what is legally permissible.

“Mean kind and quality” or the problem of indeterminate legal terms

A major challenge in the area of smart contracts is indeterminate legal terms. Smart contracts are based on if-then determinations. If a condition is met, then a consequence is triggered. The requirements for this to work are clearly stated conditions. For example, if the smart contract is to check whether the lease payment has been made, it checks the account to see if the customer has received the money. If the money is there, the car starts. If a cent is missing, one runs home. This works quite well as long as the terms and conditions are clearly defined. However, this is not always possible in law. At least, it is not possible to cover every conceivable situation.

We also cannot get around data protection when it comes to smart contracts. Here, the deletion obligations can cause problems. The GDPR provides for personal data to be deleted under certain conditions. With blockchains, any transactions are set in stone. There is no provision for deletion. Currently, most smart contracts are executed via the Etherum Blockchain. Here, you have to think about how to implement deletion obligations in any case. In any case, the argument that you have a legitimate interest in the processing or that it is necessary for the pursuit of legal claims will not work for all eternity.

Exciting questions arise in the area of liability. Just imagine, for example, that the smart contract doesn’t do exactly what it’s supposed to. Although the lease payment has been made, the car doesn’t start. You are late for a business meeting and your competitor gets the order. Or the travel booking via Smart Contracts redirects you not to Tokyo but Buenos Aires due to a cancellation of your flight. Also a nice city, but certainly not your current destination.

In such cases, we have to ask ourselves who is liable. The lessor, the bank, the travel company, or maybe even the programmer of the smart contract? These are intriguing questions that have yet to be resolved. If you break it down, you could simply say that the person who made the mistake is liable. After all, that is no different so far. In the area of software, however, this question is not always clear-cut, or at least not always answerable without considerable effort. Did the smart contract really have a bug or was it used incorrectly by the company? Has the end user perhaps even made an operating error? Such questions are difficult to answer in the area of software. Providing evidence here is difficult and laborious.

The issue of liability also raises many exciting questions that are still far from being resolved. Here we will probably have to wait for the first court decisions. We can only guess at trends based on existing case law.

Smart contracts are penetrating more and more areas. The possibilities are almost limitless. This means that it is and will remain exciting. The legal questions will probably not become any less (for now). Currently, a lot is in flux and, from a legal perspective, a lot is still unresolved. You could almost say we are entering uncharted territory. It remains to be seen how smart contracts will fit into the existing legal system. By its very nature, the law tends to react to existing situations. New developments are thus always accompanied by a certain period of time and legal uncertainty. This was no different with cars than with the Internet. It still got into the concept, somehow. It won’t be any different with smart contracts. I’m confident about that. 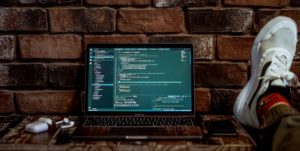 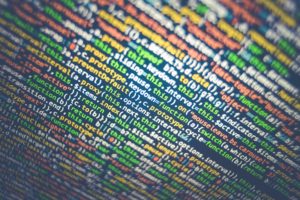 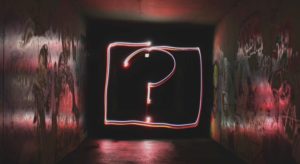